The R350 grant will be coming to an end at the end of April. The Black Sash has called on government to not put an end to the grant.

National Advocacy Manager of the Black Sash, Hoodah Abrahams-Fayker has called on government to extend the grant until 2022.

“We’ve come together as a civil society, demanding that government extend this grant for at least until March next year so that they have time to put measures in place to [implement] the Permanent Social Assistance Framework”

The grant has previously been extended twice, with help from the Black Sash which has been advocating for it to remain in place.

“Government needs to stop these piecemeal short extensions when we have this looming termination at the end of April. The conditions of why the grant was introduced in the first place are still existing and still will exist for a long time to come.

While the amount of money offered through the grant has been criticised, Abrahams-Fayker has acknowledged the good changes it has brought about in the lives of those without means.

“R350 is very little but it has provided that lifeline where people have been innovative, beneficiaries have bought in bulk to make sure that they are able to put food on the table. But without that R350, people will struggle to survive”

Without the grant in place, some beneficiaries fear they might have to turn to crime in order to sustain themselves and their families.

An open letter calling for the extension of the grant has been addressed to the President and several Ministers, including the Minister of Social Development.

The Black Sash expects to receive a response within the next week, as SASSA has indicated that it will engage with the Department of Treasury.

Abrahams-Fayker hopes this will successfully result in the grant being extended for beneficiaries. 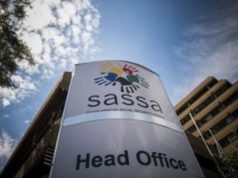 SASSA: Why Your R350 Grant Status Is ‘UIF Registered’

How To Track Your R350 Grant Appeal

Have ID Ready When Contacting Us, says SASSA