The number of banks in South Africa that you need to know is on the list on this page.

The banking system in South Africa includes 10 locally controlled banks, 7 foreign-controlled banks, 3 mutual banks, 2 co-operative banks as well as about 50 branches and representative offices of foreign banks. The total assets of the banking sector amounted to approximately ZAR 6 trillion according to data from the South African Reserve Bank.

Absa Bank – A leading South African bank with over 9 million retail and corporate customers. It operates as a subsidiary of Barclays Africa Group. As of January 5, 2018, it had a market capitalization of ZAR 3.4 billion.

African Bank – The commercial bank headquartered in Midrand. It focuses on providing unsecured personal loans to residents of South Africa.

Al Baraka Bank – The pioneer of Islamic banking in South Africa. It operates as a subsidiary of the Bahrain-based Al Baraka Banking Group.

Barclays Africa Group (formerly Absa Group) – One of largest financial services companies in Africa with over 12 million customers and 42,000 employees.

Bidvest Bank – A leading foreign exchange specialist in South Africa. It focuses on all major currencies through a correspondent global network.

Capitec Bank Holdings – A commercial bank headquartered in Stellenbosch. As of October 25, 2017, it had a market capitalization of ZAR 108 billion (US$7.9 billion).

FirstRand Group – One of the largest financial institutions in the country. It includes FirstRand Bank, First National Bank, Rand Merchant Bank and WesBank. As of December 1, 2017, the Group had a market capitalization of ZAR 317 billion (US$23 billion).

First National Bank (FNB) is the oldest bank in South Africa established in 1838. It operates as a subsidiary of FirstRand Group.

Grindrod Bank (GRDB) – A competitive investment bank serving private, corporate and institutional customers. It is rated by GCR and has a stable outlook of BBB+ (ZA).

HBZ Bank – A wholly owned subsidiary of Habib Bank AG Zurich. It was launched in 1995 and maintains branches in Kwa-Zulu Natal and Gauteng. HBZ has a division specializing in Islamic banking.

Nedbank Group – The South Africa’s fourth largest banking group as measured by assets. It offers a wide range of wholesale and retail banking services, wealth management and insurance products. The Bank is 54% owned by the parent company, Old Mutual plc.

South African Reserve Bank – The central bank of the RSA. It maintains that South Africa has a growing economy based on the principles of a market system, private and social initiative, effective competition and social fairness.

Standard Bank Group – The largest bank in South Africa by assets and earnings. It is a full-service financial group with operations in 20 African countries. As of June 30, 2017, it had total assets of ZAR 1.95 trillion.

United Bank – Allied Bank, United Bank and Volkskas Bank stop trading under their own names, from this point they all trade under the name “ABSA”.

WesBank – The largest provider of vehicle finance in South Africa, financing 1 in 3 new cars sold. The company operates as a division of FirstRand Bank.

Below is a list of the largest banks operating in South Africa. The Big Four banks hold over 80% of banking services in the country. 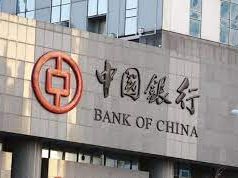 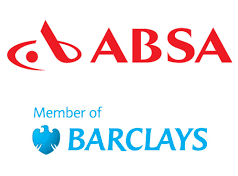